At the end of the course day Self-sufficient Off-grid people regularly come up with the idea of using shower waste water used immediately as a supply for the shower itsself. A very nice idea to save water and heat! And I'm happy about that, because apparently enough knowledge has become clear during the day to come up with that!

Why a recycle shower?

A recycle shower can save up to 90% of your shower water use. Shower water is more than half of our daily water consumption, and if you are really going to live in a tiny house or off-grid, all forms of water saving are smart. You can also reuse the heat from the water. This way you save about 20% of your gas consumption (and with a solar water heater you save even more).

Not a recycle shower: a shower WTW

Recovering heat from the shower waste water is also possible with a shower WTW pipe, which I also discuss during my course day. A shower WTW pipe heats the cold supply water with warm waste water. A single shower WTW pipe saves 64% heat, a double pipe even 70%. You can clearly see in the picture that it is a tube-in-tube construction; the cold water flows along the outer wall, and the warm water slowly swirls down in the middle.

The pipe versions are the most efficient, reliable and maintenance-free, but require that your shower is on the 1st floor (or higher). This 1.5 to 2 meter pipe must be placed perfectly vertical. So, if you live in a tiny house or van, no WTW pipe. You do have drain WTW versions, but these are unfortunately a multitude more expensive, twice less efficient, and require regular cleaning. Question is whether it is still a good idea, if it is so expensive and requires maintenance. The Hamwells Blue is a shower with a built-in shower pipe WTW without the need for an extra floor (but some electricity for the required pump).

Not a recycle shower: rainwater filtering and helophyte filter

Suppose you live or are going to live off-grid, and you have a rainwater filter system. Isn't it a shame that you buy a second filter system with a recycle shower, with associated investment costs and maintenance costs? 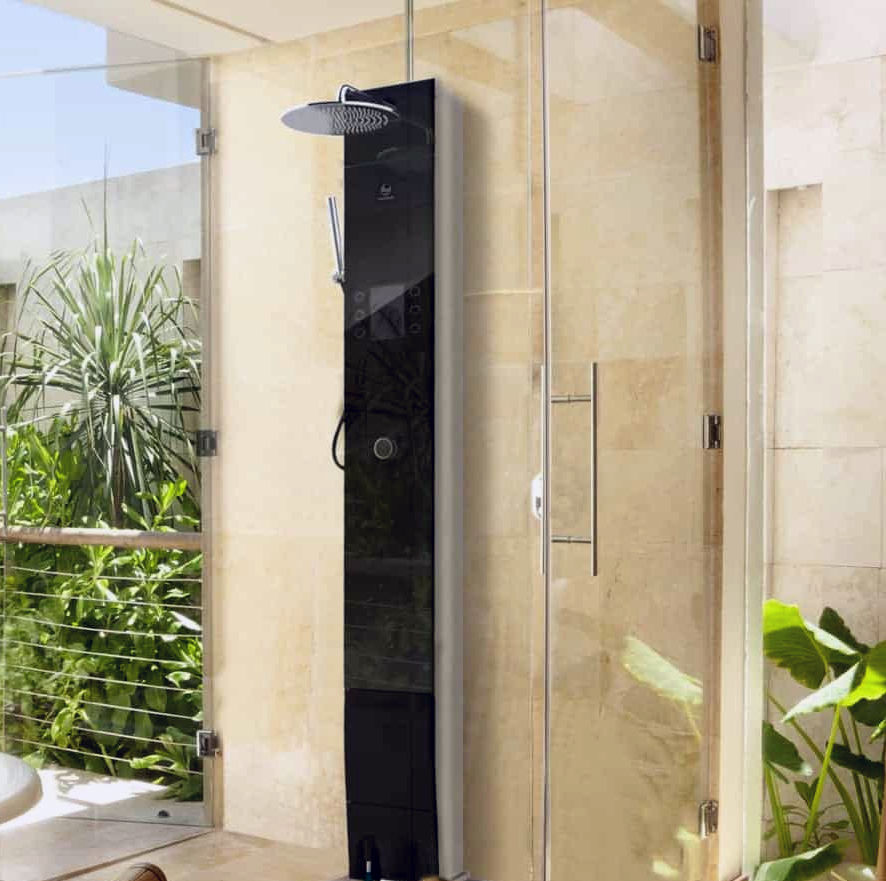 First up is the Dutch Upfall Shower. This chic recycle shower looks beautiful. You save 20 liters of water per minute, and the heat from the water is also automatically reused. Only if you really live off-grid: it's a shame that this thing consumes 150Wh of electricity. It is also a considerable investment of more than 4 thousand euros. And why is there also a "normal" shower head that does not recover the heat?
Internationally it competes with Orbital Systems, and nationally in the Netherlands it competes with the Hammwells Homespa which uses the same principle and is about the same price. 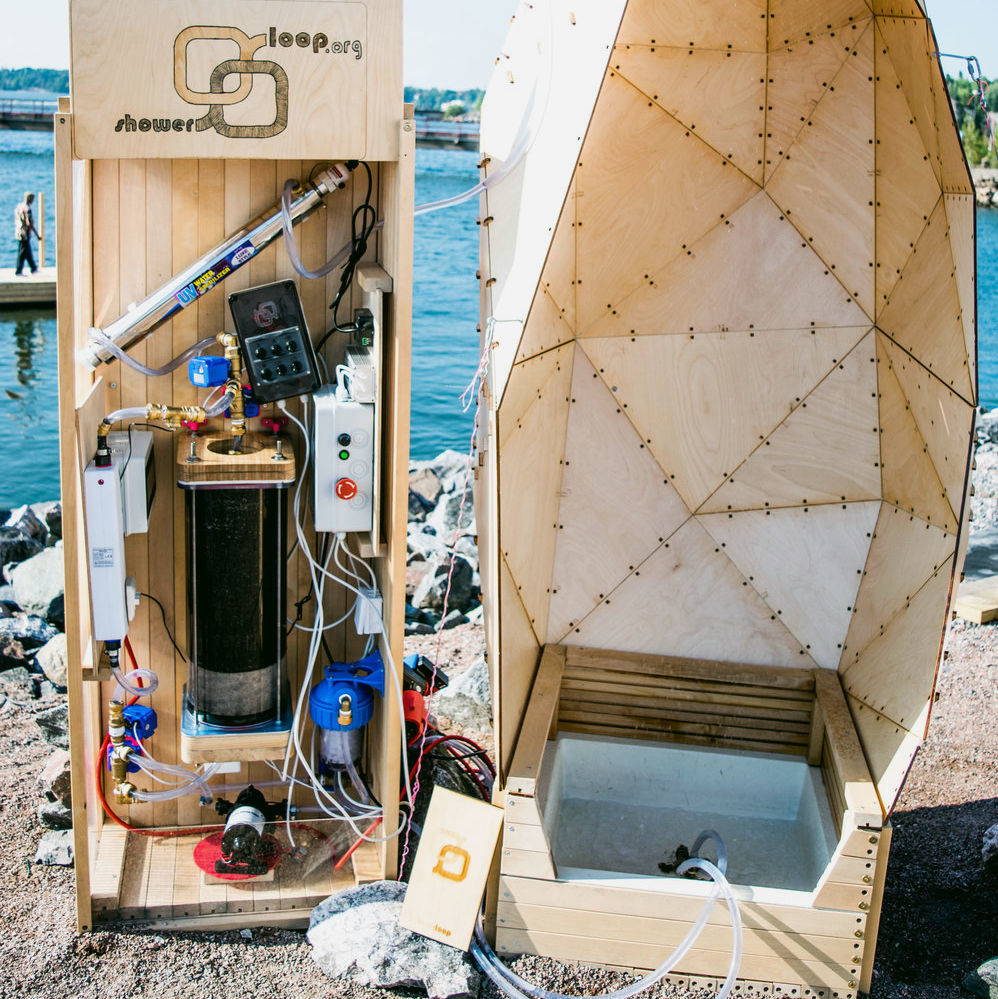 The do-it-yourself variant is the Shower Loop. Beautiful right? It looks like you really need a lot of technical knowledge, but oh so beautiful! If you want to build a recycle shower yourself, this seems like a great starting point.

A really big drawback is the 3000Wh heating element. Augh! If you want to be selfsufficient regarding electricity with a few solar panels, you will not succeed using the shower loop (in my training day I show how long you can take a shower electrically). And even if you have a meadow of solar panels, your battery will most likely not handle this at all. This shower is really unsuitable for off-grid use. Due to the heating element, it also cannot be combined with a solar water heater, which can give you hot water completely free of charge for nearly whole year round.

And there is more...

There are a few cool variants, where it is not entirely clear whether they are already for sale. The Geopure is a completely stand-alone off-grid shower that allows an infinite shower with 100 liters input once. It is a pity that there is no combination with a solar boiler, because those few solar panels are not enough in most climates (like the Netherlands).

Another one I saw is the Hamwells Loopz, a portable recycle shower for the campsite. It needs a little electricity for the pump and the UV filter, but then you can shower with only 6 liters (cold!) for as long and wherever you want, standing under guaranteed clean water (because there is a filter in it). I think it's a cool thing and will buy it when it's there, but, if I'm at a campsite with electricity, doesn't that campsite also have showers?

And of course you can also just build it yourself:

If you come across other interesting variants yourself, you are invited to let me know, and I'll add them!