When I bought the plot - a house with a broken facade, a large barn and 3,000 m2 of land, near the Eifel, Trier and Cochem - in 2012, there was seventeen meters in the barn and six meters in a side room of the house. loose straw. Loose straw! Packets of straw are easy to lose, but no one wants loose straw.

After a few months of the ad "free straw, as much as you want" on all kinds of websites, someone responded that they would pick up the straw if I would take care of staff. I said: is good, staff is arranged. A short e-mail to friends yielded such reactions that the group accommodation was quickly prepared. The cowshed was swept, plates and cutlery bought second-hand, all rooms were quickly emptied completely, and a mini website was launched with practical information. 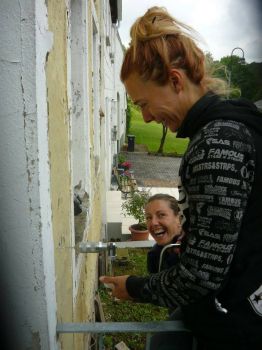 The first few straw weekends there were a lot of small jobs.

It was an immediate success. Super fun, and because my friends are musical, making music every night was wonderful. Six trays of quiche -pre-made- also work, although reheating was difficult. Because the main activity was putting straw in the pounding parcel machine, this was christened the first "straw weekend". 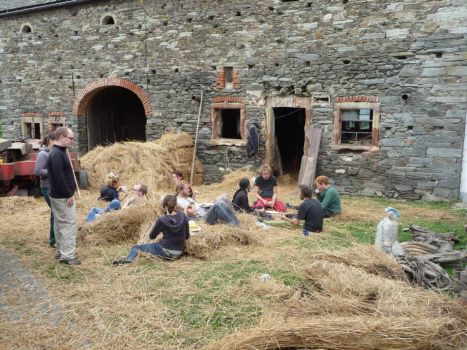 Lie in the straw during lunch of course!

Group accommodation in the making

The following year, during Straw Weekend 2.0, individual jobs were the focus, in particular clearing coarse rubble. Because all jobs were prepared, but there was no time schedule, this again went super relaxed. Straw Weekend 3.0 was a test: using straw as a mulch (ground cover) to kill the grass. This turned out to work against the grass, but not to get all the straw away that way. Straw weekend 4.0 was the "cold edition" - early March - where the focus was on placing many trees and shrubs in the food forest. And that without heating, thank God with two fire bowls outside. 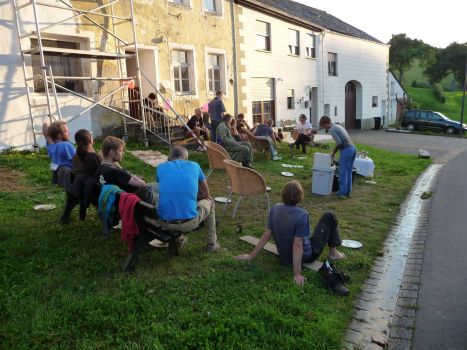 In the evening it is just nice to sit in the sun at the house. 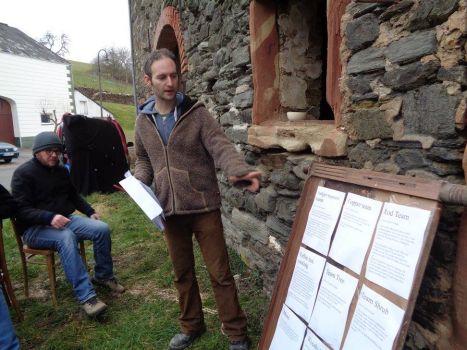 Exceptionally, a short explanation was needed when planting trees.

All in all, the property is increasingly suitable for receiving large groups. See also a an extensive report by Catharina about straw weekend 4.0. 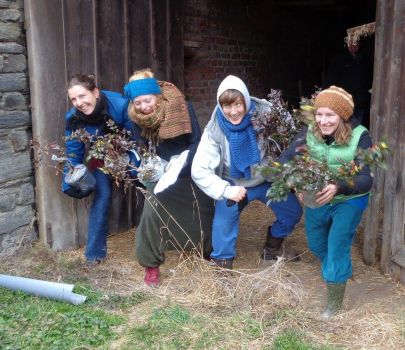 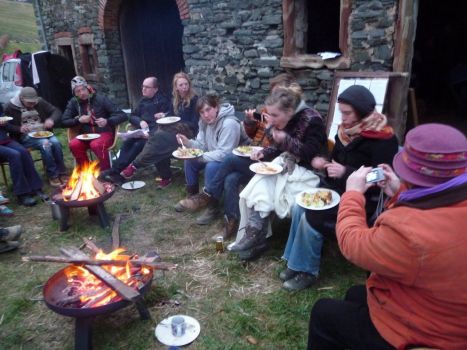 Great for baking quiche and lasagna 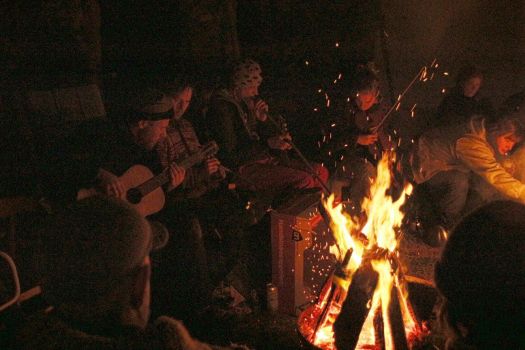 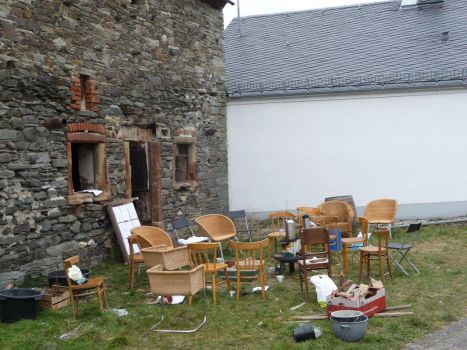 Everything comes to an end...