The house -near the Eifel, Trier, Cochem- will be a group accommodation, but I bought it with all the pre-war stuff still in it. I drove about 14 full trailers and Volvos to the Netherlands (because in Germany returning waste costs a lot of money). All kinds of rubbish has been thrown away, like bags of rotting smelly sheepskin. I also kept a lot, such as spinning wheels and wood that later turned out to be the remains of a huge loom. The nickname of the house is therefore Schärichs, and that points to Schafscherer or sheep shearer.

Yet for a long time the house was owned by someone who leased a lot of land and grew grain on it. I have therefore found many scythes, leases, pre-war remnants of agricultural machines, about 200 jute bags, and a lot of string (which has to be raised straw around). The village also has a flour mill. And the house had a huge oven measuring 2 by 2 by 2 meters, so perhaps the bread was also baked for the entire area right away. 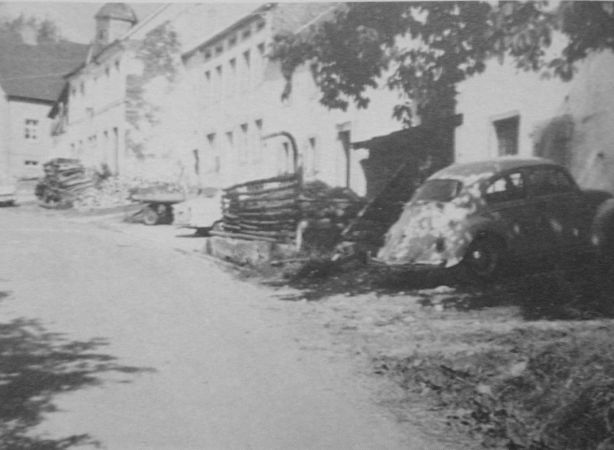 The middle house is my house now, in the distance you can see the school 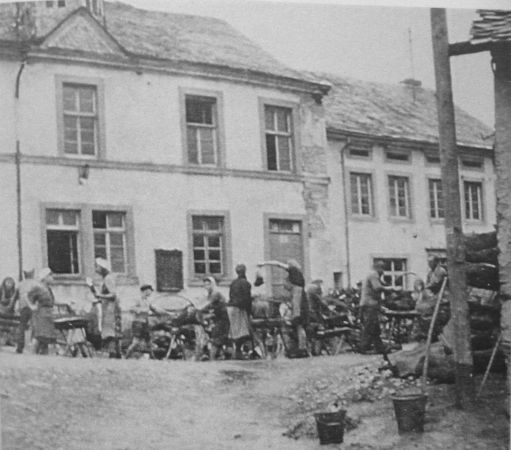 On the left the school (now a small square), on the right my house. 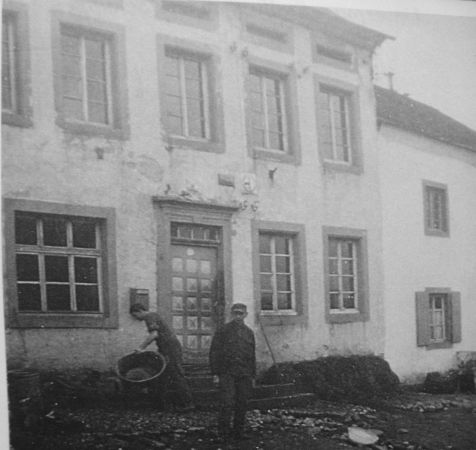 My house now, the facade has already cracked here. 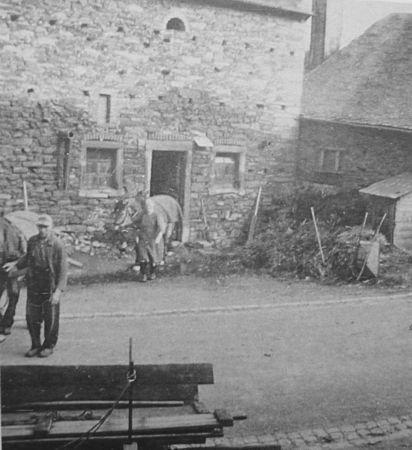 The barn. Where ground elder is now trying to restore the soil, the dung heap used to be. And on the far right you see the toilet of the entire village, which came straight out on the manure pit, which was filled in in the 1960s. 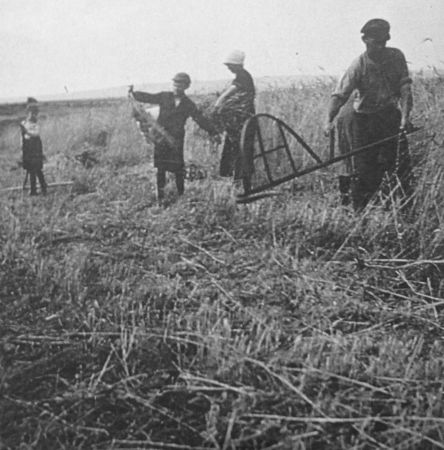 So I have this type of scythe in the attic. With an extra arch like that. 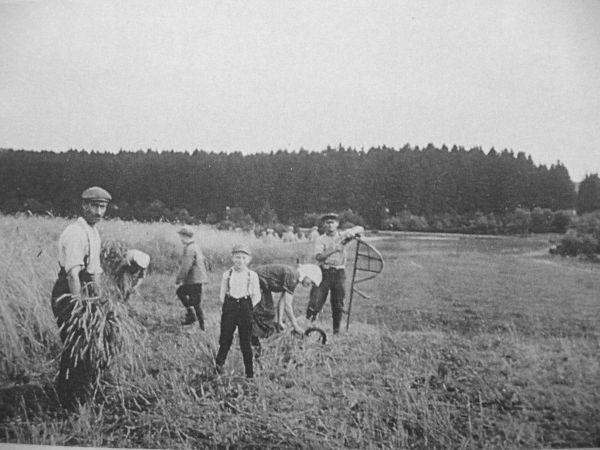 Perhaps this was leased land by the old owners of my plot. 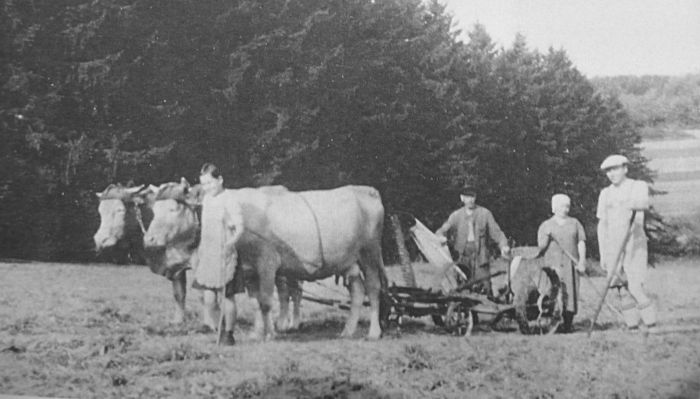 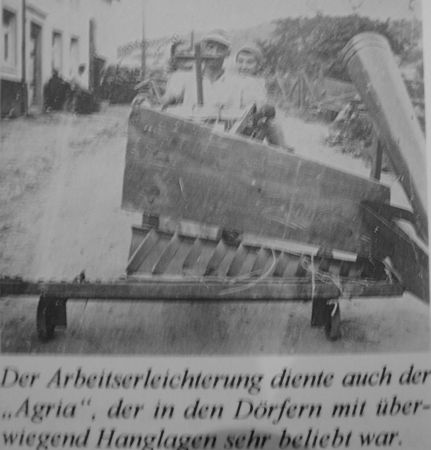 Many remnants and manuals of old agricultural tools have been found, including the manual of this seed machine. 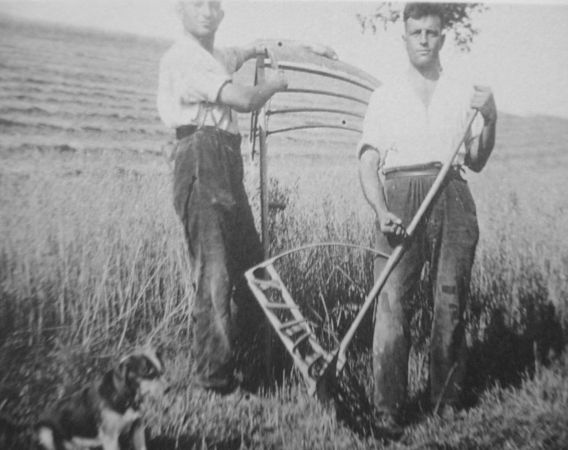 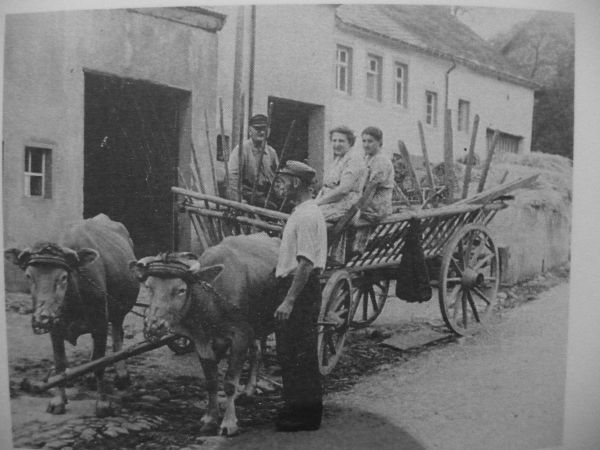 I have found a wagon wheel, unfortunately not much more than that. 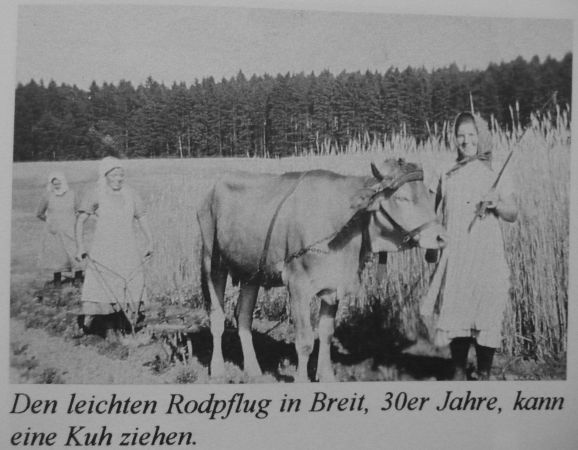 I also have one of those iron plows. The wooden one had already died.

The egg you see here is made of iron and wood. I also have two or three of those. And one completely made of iron. 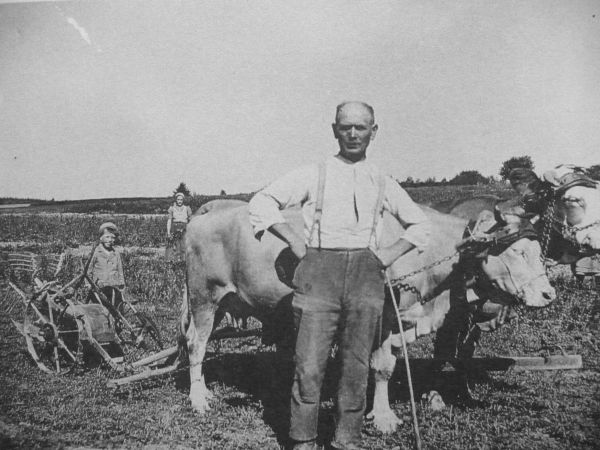 As you can see, cows were also used on the land. 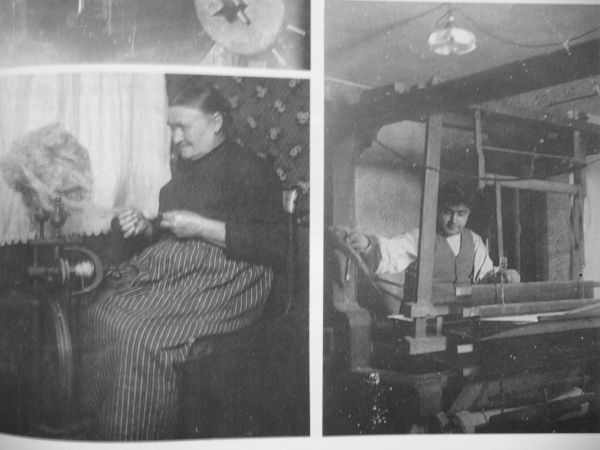 These may be the old owners of my plot while weaving. My house is named after it: 'Schärichs& #x27; (sounds like Schafscherer or sheep shearer, óf named after Otto Heinrich Scherer, 1740?) 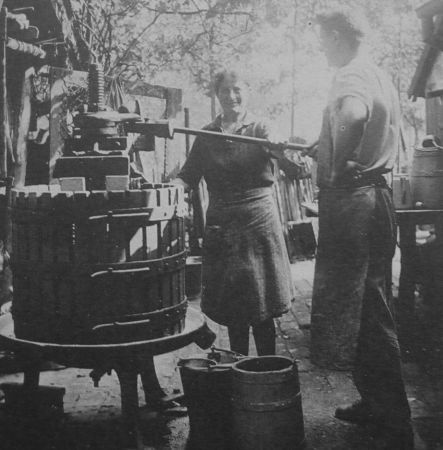 Our village still has an apperpers; if you have enough kilos you can rent it. 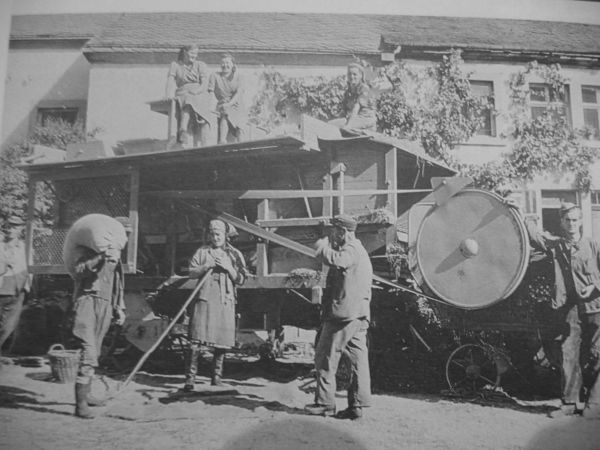 Industrialization just after or just before the war. 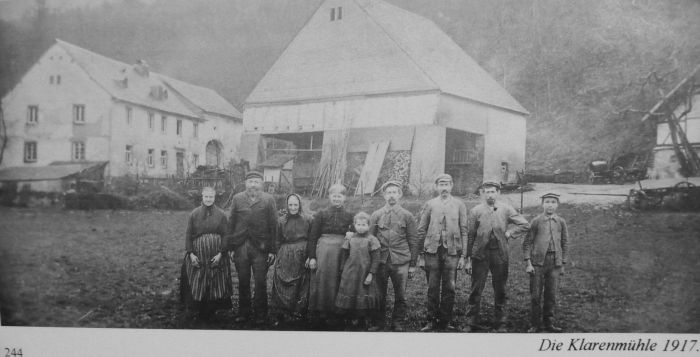 The corn mill near Rorodt, unfortunately closed to the public. 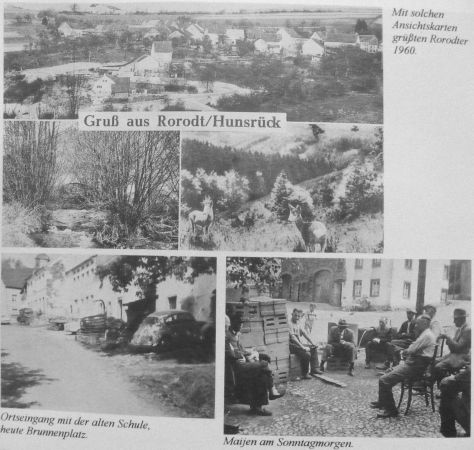