Net zero or heat pumps do not save the climate

Nowadays there is a great deal of national focus on energy neutrality and on heat pumps. Rural and urban plans usually sound very nice, and fortunately quite subsidized, only it is not fully effective, if you zoom out for a while. That zooming out is starting to become my thing. The "Self-sufficient off-grid" course talks so much about basic principles and basic concepts that this kind of concepts will float to the surface by themselves, and become increasingly clear. Hopefully, this article will inspire you to think a little further than just the side that public opinion is pushing you to.

Having a net zero house sounds like a fairy tale. You consume as much electricity in a year as you generate. It sounds like you're saving the world with it, but that's not quite the case.

Net zero is already well on its way. It just makes little sense if we don't also save more, for example by using electricity mainly during the day. I would rather see that we have so many solar panels, and save so much, that we generate (almost) enough electricity for every household in the winter. In the course we also briefly calculate how many solar panels you would need, and that makes most people think. 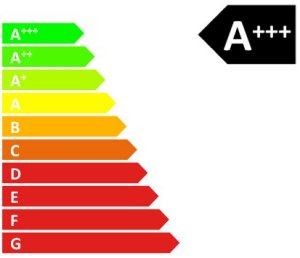 Heat pumps are hi-tech so they look ideal.

And then heat pumps. Wonderful invention, with which we efficiently obtain heat -usually from cold outside air- with as little electricity as possible. Ideal right?

Heat pumps seem ideal in winter, only unnecessary during the rest of the year. Instead of buying Tesla Powerwalls later when the netting ends, it is better to get a large solar boiler system now that does not require the use of a heat pump in spring and autumn. Buying a solar boiler system afterwards if you already have a heat pump is complicated and therefore more expensive: it is cheaper if you buy it right away.

In addition to solar panels and a heat pump, what would you most like to have at home: one or more polluting Powerwalls, or a solar boiler system that stores heat in ordinary water?